The Arabic Language: A Rising Need for Translation? 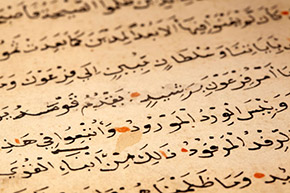 The Arabic language is one of the world’s oldest languages and one of the most widely spoken languages, 6th on the list, spoken by 295 million people. It is an official language in 27 different countries and an official language of the United Nations. Arabic has also become one of the most important online languages, surpassing Russian, French and German in total online population and even surpassing the growth rate of Simplified Chinese from 2011 to 2012.

Yet while Arabic has become one of the top internet languages, only 1 in 20 Fortune 500 companies offered Arabic on their website. Indeed, global brands like Pepsi offer Arabic translations, but there are many who still do not. As countries in the Middle East become more democratic and people achieve greater access to products and services, the need for companies willing to invest in the Middle East and Africa increases. Global companies can no longer ignore not translating their content into Arabic if they would like to indeed become globally competitive.

To find out more about PLG’s Arabic translation services, please visit our translation page at http://www.plg-online.com/translation_services.html
Posted by PLG-ONLINE at 1:01 PM