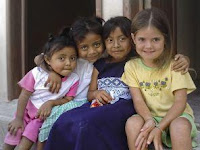 Google Mexico has recently announced that it will include Mayan and Nahuatl, two of Mexico’s most widely spoken native languages, to its “Google Traductor” (Google Translate) services. Nahuatl, part of the Uto-Aztecan language family, is spoken by 1.5 Nahua people, mostly from Central Mexico, El Salvador, and immigrants in the United States and Canada. Mayan languages, though diverse, are spoken by 6 million indigenous Maya in the region. Up to 1.2 million speak the Yucatecan dialect in Mexico’s Yucatan peninsula alone. While many natives speak Spanish and some are assimilated into mainstream Mexican society, there continues to be a major social and economic gap, especially for those who live in the remote Mexican jungle. Adding these languages to the Google Translate feature may be a recognition of populations who speak them and a small step in bridging the gap.

In the past, the internet has often been used as a tool for promoting indigenous people’s rights around the world. The most notable example is the peaceful Zapatista uprising where indigenous groups from the state of Chiapas protested against the Mexican government, particularly calling for agrarian reform. The group went online to urge the international community to support their struggle against inequality in Mexico. The world heard, yet inequality is still a major problem for indigenous peoples of Mexico. However, the internet continues to be a valuable tool in many ways.
Central America is susceptible to many natural disasters such as mudslides and hurricanes, and emergency responders need to act quickly and communicate with the native-speaking populations. While machine translation does not effectively replace a human translator, it may be the only option during an emergency situation when one is not promptly available. Google Translate had added Haitian Creole earlier this year in the hopes to help earthquake emergency responders communicate with the Haitian Creole speakers. Microsoft’s Bing Translator had also added Haitian Creole to its list of languages offered. Easy access to Nahuatl and Mayan translations may be critical in similar situations.
Try translating from English to Haitian Creole for yourself here: http://translate.google.com/#en|ht|